About a year ago, I posted a blog on “Steam Internet” which included some ideas about the importance of radio as a communications platform – even in the age of social media.

Among the individual responses I received, a former colleague recalled how he grew up with radio, and how it was a significant presence in his life as a source of news and entertainment – it kept him company while revising for exams, and allowed him to “share” songs with this friends (via personalised mixtapes). He commented that a pharmaceutical company in Indonesia uses radio as a mainstream outreach channel – because it is relatively cheap, it offers targeted demographics, and it provides access to a large-scale, mass market.

He went on: “Radio is probably still the most effective medium to reach out to large audiences – it is targeted, it is always ON, it is always entertaining, it has loyal followers, and it does not require the listener to have an expensive receiver. More importantly, radio traditionally reached a far larger percentage of the population than what the Internet does today, especially in large developing markets.”

Consumer interest in and demand for audio content is recognised by today’s media industry – hence the growth of podcasting, audio platforms like SoundCloud, streaming services such as Spotify and Pandora, and radio apps like TuneIn – not to mention the growth in Internet radio, digital stations and web-streaming broadcasts.

I tend to agree that radio, after more than 100 years, still offers “new” opportunities for reaching an audience, even Gen Y – but as with any content strategy, it pays to get the model right by:

1. Having great content (plus engaging presenters and skilled producers)
2. Enabling access (broadcasting via any platform, anywhere, any time)
3. Cultivating a strong programming culture (i.e., scheduling and curating a logical flow of information, and across multiple platforms)
4. Encouraging audience participation – radio thrives on giving people a voice, either through phone-in sections, community-made programming, or connecting via “traditional” media such as SMS and Twitter

Radio is also very local (despite global access/reach via apps like SoundCloud Radio) and is usually subject to broadcast regulation. I’ve been involved with a community radio station over the past 3 years, and it has made me aware that audience diversity can be a challenge for broadcasters (how to cater for smaller, minority audiences?), but at the same time many people feel unconnected to mainstream media, such that radio is actually their preferred platform to engage with the world.

Acknowledgment My thanks to Rudy J. Rahardjo for his input to this article.

2. In Praise of Analogue

4. Bring back the Court Jester

8. “Everything on the Internet should be free…”

9. Would you take career advice from a sushi chef?

10. Ten Reasons why the Lean Start-Up Model is here to stay

1. Anything with numbers and lists does well

2. Anything about Start-Ups is popular

3. Anything on social media creates a buzz

5. Audiobus is a phenomenal app! 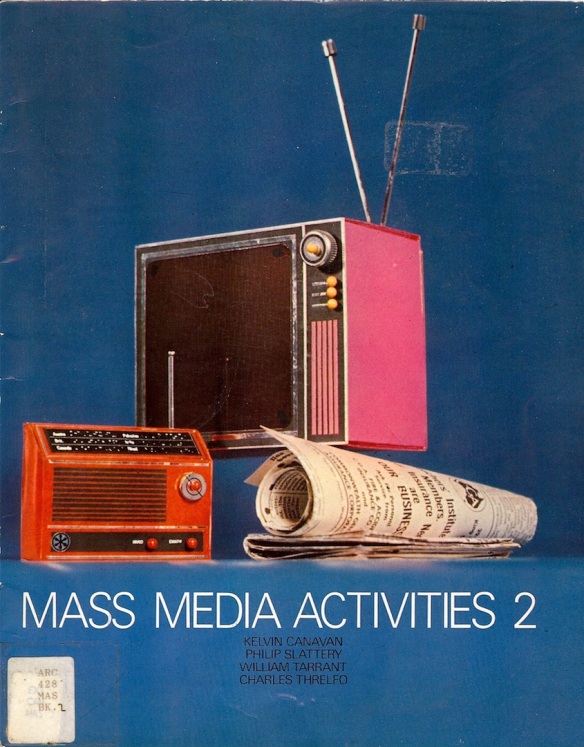 The past 12 months have been a pivotal time for Australia’s mainstream news media. Having seen off controversial regulatory reforms that would have relaxed some cross-ownership controls (but also introduced more onerous oversight of press standards), harsh business truths and painful economic reality have returned, in the form of cost-cutting, new digital subscription models, and foreign competition.

The failed regulatory reforms generated public, industry and political debate around ownership concentration and the lack of media diversity; cross-ownership and the impact of media convergence; the need for revised rules around mergers and acquisitions; and calls for more control over media standards.

There are two daily national newspapers, and 10 daily capital city newspapers; all but one of these 12 titles are owned by just two companies: News Limited, and Fairfax Media. Only Sydney and Melbourne have more than one daily local newspaper. Together, News and Fairfax account for about 88% of print media. Both companies have significant interests in broadcast media. The sole “independent” daily newspaper is owned by Seven West Media, itself a major TV broadcaster. As further evidence of Australia’s concentrated content ownership, Seven West has a joint digital venture with Yahoo!, while its rival network broadcaster, Nine Entertainment has a similar joint venture with Microsoft. Prominent in the ownership mix are the names of Rupert Murdoch (News Limited), James Packer (Consolidated Press Holdings) and Kerry Stokes (Seven West Media) – each of whose companies have various interests in Australian pay TV. Meanwhile mining magnate and Australia’s richest person, Gina Rinehart has been buying into both Fairfax (along with John Singleton, a key figure in Australia’s advertising and radio industries) and Network Ten (along with James Packer and Lachlan Murdoch).

Another layer of complex media cross-ownership comes in the form of Australia’s regional TV networks. The main regional networks (WIN, Southern Cross and Prime) each have content affiliation agreements with one or other of the three metropolitan networks (Seven, Nine and Ten), and each have separate interests in radio. Just to confuse things even further, the owner of WIN, Bruce Gordon is a major shareholder in Network Ten, and in the past week it has been reported that he is open to merging WIN with either Nine or Ten. Not only would such a merger lead to further concentration (subject to regulatory approval), it would also see a re-alignment of the metropolitan and regional content agreements; and given past criticism of of reduced local and regional TV news content (and the closure or consolidation of local TV news rooms), I would imagine that without suitable regulatory provisions, local news content will be even further reduced.

What are the news media doing in response to current market challenges?

First, both News and Fairfax have announced staff cuts in an effort to offset declining circulation and advertising revenues from their print editions. The overall results have seen: departures by high-profile journalists; centralized news-gathering operations; outsourced sub-editing; re-alignment of print and on-line assets; and the closure of some local and regional titles. Most recently, Australian Associated Press (AAP) announced that newswire staff numbers are being reduced by 10%. AAP (whose largest shareholders are News and Fairfax) is a major provider of news content and sub-editing services to the mainstream media. The staff reductions among in-house editors and journalists have raised concerns about quality and diversity in Australia’s highly concentrated news media. Partly in response to this perceived decline in editorial standards, The Conversation (a not-for-profit venture, backed by a consortium of universities) was launched in 2011 as a platform for in-depth, objective and authoritative news analysis and commentary.

Second, both News and Fairfax are in the process of building subscription paywalls around their digital content. Fairfax has operated a paywall around its business title, the  Financial Review, for several years; but like News it is introducing freemium models for broader on-line news content. In their latest investor briefings, News and Fairfax have outlined a renewed strategic focus on digital platforms, although neither have given definitive timelines for sun-setting their print editions. Personally, I am somewhat confused by the different subscription models on offer (print, on-line and tablet editions) and what I can access as a subscriber to one or other platform (and as a domestic or overseas reader).

Third, UK publisher Guardian News and Media has launched an Australian edition of its online newspaper. Free to readers, the site is funded by local advertising, and supported by a combined UK/Australia editorial, production and commercial team. As with News and Fairfax, I’m confused by the commercial model for digital content – is there a dedicated Australian subscription within the tablet edition? – and I doubt whether the Guardian Australia can compete effectively with domestic news coverage. The Guardian claims that Australia is one of its largest markets outside the UK, but I wonder if that readership mostly comprises British backpackers wanting to check the latest results from the English Premier League… The Guardian Australia, along with The Conversation has benefited from the staff downsizing at News and Fairfax to co-opt some leading journalists and editors to its cause. Meanwhile, The Conversation has launched a beta site for the UK.

Elsewhere, News, Fairfax and other smaller publishers are building specialist digital content, particularly in business, finance, politics, property, motoring, careers and sport. Most of these assets are funded by advertising and sponsorship, or underwritten by cross-media promotion. A number of these outlets appear to source their content from unpaid bloggers and commentators, as a way of offering free marketing and audience exposure to their writers.

Despite the latest failed attempts at regulatory reform, I expect to see plenty of activity within Australia’s news media (once we get past the forthcoming federal election), fuelled by renewed debates over ownership concentration; the realignment of cross-media interests (especially among Australia’s media barons and billionaires); and the re-positioning of print vs online vs mobile.

Disclosure: the author does not hold a financial interest in, or have a commercial arrangement with any of the publishers mentioned in this article.. 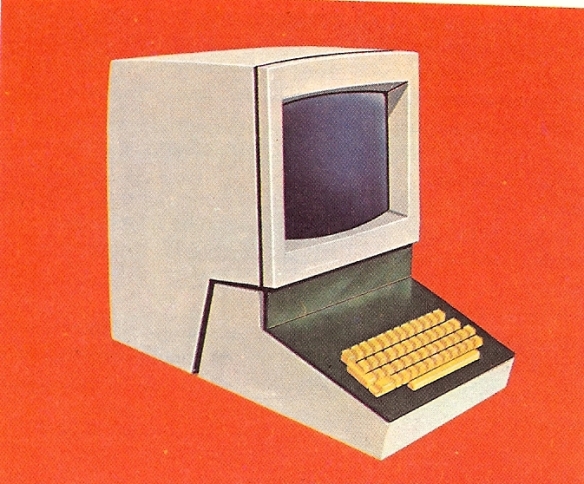 Social Media is accessible to all…

Recently I’ve come to see that as a communication tool Social Media is just like any other resource or commodity – it’s not an end in itself, it’s what you can do with it that makes it valuable.

If I had to make a comparison, I would say that Social Media is most like water – not just because we seem to be swimming (if not drowning) in the stuff; but because like water, it will find its own level. And as Myer CEO Bernie Brookes found out this week, something that sustains us can also be unleashed against us.

As content pours into our Social Media aquifers, it will naturally flow, collect and disperse. The rivers of content being uploaded daily* suggest that unlike other resources, Social Media will not run out any time soon:

These reservoirs of digital content that we are creating could be put to good use (like dams that provide hydro-electricity). Viewed from this perspective, Social Media can be seen as a potential source of energy. Rather like waterwheels that harness the power of rivers, Social Media can be used to drive a range of applications; but left to its own devices, and with nowhere else to go, all this content will simply collect in stagnant pools – sometimes you need to use part of that energy to keep the water flowing downstream.

In just the past week I’ve been exposed to three more Social Media platforms, each of which is at advanced beta stage: @IFTTT – a tool to re-publish selected updates to multiple platforms via a series of automated decision trees; @Poptip – a tool for conducting polls via Twitter; and a personalized viral marketing tool which I probably cannot mention by name because I had to sign an NDA in order to participate in the pre-launch.

Each of these new platforms is trying to harness the potential of Social Media and keep the communication flowing (the waterwheel analogy). Similar to other Social Media platforms, these tools also act like aqueducts carrying water to where it’s needed. It’s as if we are using the content to feed a Social Media irrigation system – the results of which allow us to harvest followers, “likes” and customers.

The question is, who will we look to for inspiration when we come to write Social Media’s epitaph – will it be Smith, Bell, Coleridge or Goethe?** Will we end up drowning in the stuff (but no-one will notice until it’s too late)? Will we wish we had used it more sparingly? Will we be faced with an abundance that we cannot actually make use of? Or will it be a case of “be careful what you wish for”? (Clearly, King Canute is of no assistance, as it’s far too late to turn back the tide….)

* Note: Statistics gathered from a casual internet search of company websites, press releases and industry commentaries. No claims as to accuracy, currency or verification.