Earlier this month, through my work with Brave New Coin, I was lucky enough to attend the first live property auction to be conducted in cryptocurrency. Although the property was passed in on the day, the event generated enough interest and PR value that it will surely be only a matter of time before more large ticket assets are transacted in this way. 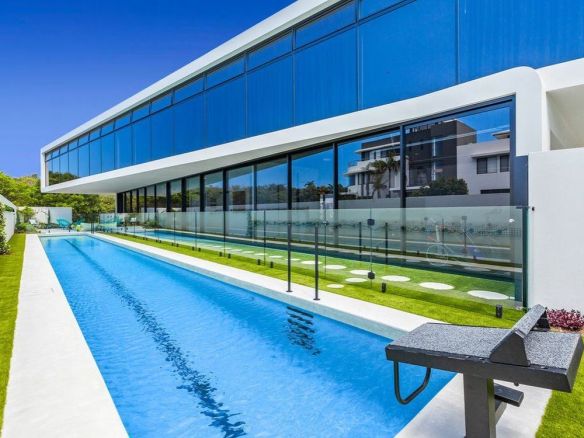 Let’s not forget that it’s nearly 9 years since Laszlo Hanyecz paid 10,000 BTC for two pizzas (then valued at about US$41).

Although we may not yet be paying for our morning espresso with Bitcoin, a growing number of merchants are enabling customers to pay for goods and services with crypto, via payment platforms and intermediaries such as Living Room of Satoshi, and TravelbyBit. And services such as Coin Loft and CoinJar make it easier to buy and sell the most popular cryptocurrencies without having to set up accounts on multiple exchanges.

Meanwhile, the house in Casuarina, on the northern coast of New South Wales, was passed in at 457 BTC (A$3.4m). The property was listed by LJ Hooker, and the auction was facilitated by TrigonX and Nuyen, while Brave New Coin supplied real-time market data convert the crypto bids to Australian dollars.

I have been a loyal customer of yours for around 20 years. (Likewise my significant other.)

I typically pay my monthly statements on time and in full.

I pay my annual membership fee.

I even accept the fact that 7-8 times out of 10, I get charged merchant fees for paying by Amex – and in most cases I incur much higher fees than other credit or debit cards.

So, I am very surprised I have not been invited to attend your pop-up Open Air Cinema in Melbourne’s Yarra Park – especially as I live within walking distance.

It’s not like you don’t try to market other offers to me – mostly invitations to increase my credit limit, transfer outstanding balances from other credit cards, or “enjoy” lower interest rates on one-off purchases.

The lack of any offer in relation to the Open Air Cinema just confirms my suspicions that like most financial institutions, you do not really know your customers.

My point is, that you must have so much data on my spending patterns and preferences, from which you should be able to glean my interests such as film, the arts, and entertainment.

A perfect candidate for a pop-up cinema!

Next week: Life After the Royal Commission – Be Careful What You Wish For….

Predicting (or at least hypothesising upon) the Future of FinTech in 2019 at NextMoney last week were three brave souls from the Melbourne FinTech community: Alan Tsen, GM of Stone & Chalk and Chair of FinTech Australia; Christina Hobbs, CEO of Verve Super; and Paul Naphtali, Managing Partner at Rampersand. Referencing the latest CB Insights report on VC funding for Fintech, various regulatory developments in Australia (especially Open Banking), as well as the outcomes of the recent Royal Commission on Financial Services, the panel offered some useful insights on the local state of FinTech. 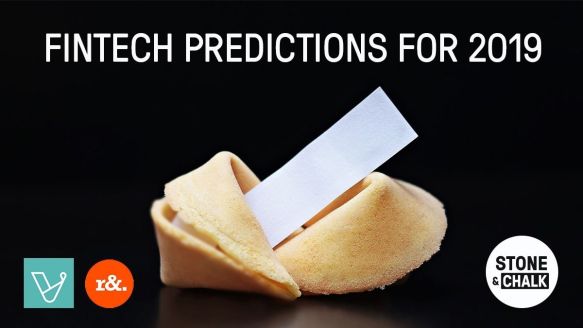 For all the positive developments in the past 2-3 years (Open Banking, New Payments Platform, Comprehensive Credit Reporting, Equity Crowdfunding, ASIC’s Regulatory Sandbox, Restricted ADIs etc.) the fact is that innovation by Australian FinTechs is hampered by:

1) fallout from the Royal Commission (although this should actually present an opportunity for FinTech);

2) the proposed extensions to the Sandbox provisions (which are stuck at the Federal level); and

3) lack of regularity clarity on the new class of digital assets made possible by Blockchain and cryptocurrencies (cf Treasury Consultation on ICOs).

Overall, the panel agreed that the channels of distribution have been locked up in an oligopolistic market and economic structure, especially among B2B services. But things are changing in B2C, with the rise of P2P payment platforms, market places, mobile and digital solutions, and challenger brands (e.g., neo-banks).

However, there are under-serviced segments especially among the SME sector, and products and services for part-time employees, contractors and freelancers. For example, meeting the superannuation and insurance needs of the “gig economy”? (Maybe something will come out of the recent Productivity Commission review on Superannuation.)

A number of areas have already benefited from FinTech innovation and disruption – lending (origination, funding, distribution), robo-advice (at scale but not yet offering truly tailored solutions), and P2P payments (and which largely happened outside of the NPP).

When it comes to disrupting and innovating wealth management and financial advice, there is still a distribution challenge. Whatever your views are on the Royal Commission findings and recommendations, there is clearly a problem with the status quo. But is the appropriate response to “smash the banks” or to enable them?

One view is that we are going through a period of un-bundling of financial services. Personally, I think customers want ease of use and interoperability, not only standalone products that are best in breed. For example, if I have established sufficient identification to open and maintain a bank account with one ADI, shouldn’t I be able to use that same status to open a deposit, savings or transaction account with another ADI, without having to resubmit 100 points of ID? And even use that same ID status with an equivalent ADI overseas?

There is often a tension between incumbents and startups. Whether it’s procurement processes, long-term sales cycles, stringent payment policies (notwithstanding the BCA’s Supplier Payment Code) or simple risk aversion, it is very difficult for new FinTech companies to secure commercial supply contracts with enterprise clients. Even though a Blockchain platform like Ripples is working with major financial institutions, most times the latter don’t readily engage with FinTech startups.

Then there is the problem with “tech for tech’s sake”. For example, don’t offer “smart” solutions that actually make it harder or more complex. And don’t build great tech products that offer lousy UX/UI.

A key issue is defining “trust” – whether at the sector level (on the back of the Royal Commission); or at the individual level (the current environment of personal privacy, data protection, identity theft): or at the product level (e.g., decentralised and “trustless” platforms). As one panelist commented, despite the news, “headlines don’t change behaviours”. We love to bash our banks, but we rarely switch providers (mainly because it is far more difficult than it actually needs to be…) And the backlash against social media companies has not resulted in any major movement to unfriend them (witness the response to campaigns like QuitFacebookDay…).

Next week: An open letter to American Express

The latest event organized by DIG ID (the Melbourne Digital Identity Meetup) featured a Q&A with Steve Shapiro, CTO of Token, moderated by Alan Tsen, General Manager of Stone & Chalk Melbourne. Given the current level of interest in solutions to address online fraud, ID theft, data protection, privacy and personal security, the discussion covered a lot of conceptual and technical topics in a short space of time, so here are some of the key points. 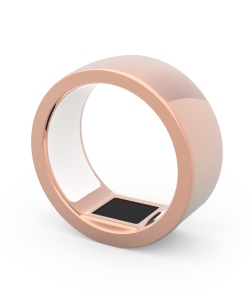 First off, Steve spoke about his start-up and tech journey, that took him from IM (Digsby, Tagged, Bloomberg IB), to cryptocurrency and digital wallets (Case), to digital ID with the Token ring. The pivot towards an ID solution came about after working on Case, where he realized that most consumers don’t understand private key management and the issue of permanence (as compared to the internet, where password re-sets are relatively easy, and often regularly enforced upon users).

If the goal is to provide fool-proof but highly secure end-user authentication, the solution has to focus on the “signing device”, by making it much easier than the status quo. Hence the combination of two-factor authentication (2FA) and bio-metrics to enable Token ring users to live key-less, card-less and cashless, and without having to constantly remember and update passwords. In short, the Token ring works with anything contactless, as long as the relevant permission/authentication protocol layer (challenge and response process) is compatible with the ring’s circuitry.

In assessing the downside risk, gaining consumer adoption is critical, to ensure that users see the benefits of the convenience combined with the credentialing power. Equally, success will depend on the ability to scale as a hardware manufacturer, and the potential to drive traction through virality.

There is still a lot of design work to do on the hardware itself (to enable assembly, customization and distribution as locally as possible). And the platform needs to bring on more partner protocols, especially in key verticals. At the end of the day, this is still a Blockchain solution, with a UX layer for the cryptographic component.

This led to a discussion about Sovereign ID, e-government and digital citizenship (e.g., Dubai and Estonia) – and the break up of big government in favour of more city-states. (Which could result either in a “small is beautiful” approach to self-governing and sustainable communities, or a dystopian nightmare of human geo-blocking, as in a film like “Code 46”).

Finally, there was a discussion about the risk of cloning, mimicking or breaching the unique and secure ID attributes embedded in each Token ring. While it is possible for users to encrypt other knowledge components as part of their individual access verification and authentication (e.g., hand gestures), there is still a need to rely upon trusted manufacturers not to corrupt or compromise the secure layer. And while the public keys to core protocols (such as credit cards and swipe cards) are maintained by the protocol owners themselves and not stored on the device or on Token’s servers, it will be possible for other third parties to on-board their own protocols via a SDK.