Several times over the past month I have been reminded that the pursuit of technology for its own sake can give rise to misguided innovation; so-called solutions that are divorced from real world problems cannot justify the effort or resources. It feels like we are entering a new phase of the post-industrial revolution era, where a lack of “the human touch” will render many new inventions as worthless, irrelevant or redundant. 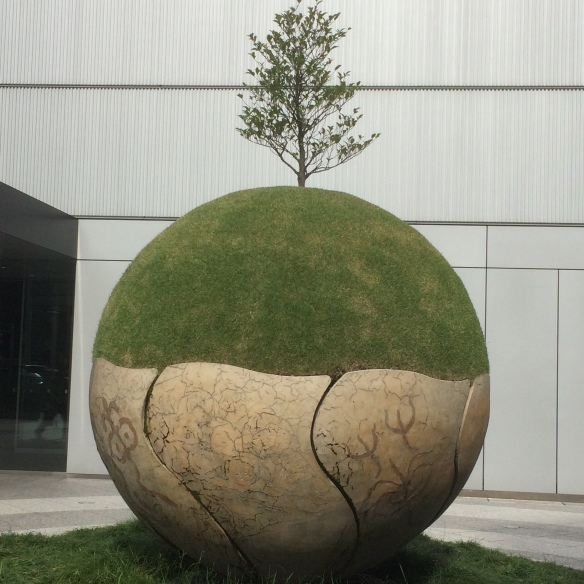 In no particular order:

Advances in technology don’t have to lead us to the dystopian worlds of “Modern Times” or “Metropolis” (or any of the other post-apocalyptic visions that cinema and literature like to give us). However, the understandable focus on innovation must take the “human factor” into greater account when making design decisions, undertaking cost-benefit analysis and opting for one technology format over another.

Conclusion? It’s not totally clear whether we are entering another dot.com market correction, but there is a case to be made for whether or not we are seeing enough of a “technology dividend” from the current digital disruption and economic displacement centred on the use of cloud, social and mobile platforms; and whether we need a new methodology to measure the impact of the Internet of Things, robotics, AI, nano-technology, AR/VR, cognitive apps, wearables, 3-D printing, etc.

Next week: It’s never too late to change….

Recently, there have been a number of commentaries on the current trend/fad for applying Agile and Lean product development methodologies to corporate management. I’ve also noticed an increasing focus on “Product Management” as a formal discipline by training and professional development providers. Consequently, I’ve been revisiting some work I did many years as part of a Change Management Diploma.

My thesis is that different Change Theories of Management can be applied to each stage in the Product Development Cycle*, to ensure that the organisation is aligned with the business needs as they relate to strategy, capabilities, capacity and execution. This is also the context in which organisations use Situational Leadership techniques to cope with constant change in technological, social, economic and environmental forces.

(*This work was based on a reading of “Theories of Organisational Change as Models for Intervention“ by Dunphy & Griffiths (published by Australian Graduate School of Management – Centre for Corporate Change, University of New South Wales, 1994). For a copy of my model, please contact me: rory_manchee@yahoo.com.au)

Various skill sets are needed along the journey from ideation to production, and management has to harness appropriate resources to increase the potential for success. Organisations may need to consider restructuring to maximise their ability to develop sustainable product development systems that incorporate continuous improvement, feedback loops and market responsiveness.

For example, moving from annual software updates to quarterly releases might simply suggest some production rescheduling, but it may also mean changes to documenting user requirements, customer billing systems and client support tools.

2. Playing to Our Strengths

The person who is great at capturing the design specs may not be the best person to undertake market testing with beta users. And it’s generally accepted that someone who is adept at working in a production or QA role on an established product may need some re-training before they get to work on building a prototype.

In conclusion, my analysis reveals that at each stage in the Product Development Cycle, there is a need to review the relevant Business Challenges, address the corresponding Change Issues, and apply appropriate Change Management models or techniques.

Update on Perspective – Introducing the “We R One World  Game”

In a recent post on “Perspective”, I commented on the value of stepping back and taking a different look at current ways of doing things. For an immersive, interactive and experiential learning opportunity on how to gain a new perspective on problem solving and how we might address global challenges, the Slow School of Business is running the “We R One World Game” on Saturday, July 25 in Melbourne.

The Dymaxion or Fuller projection is a world map, which can be rendered in 2-D.

Facilitated by Ron Laurie, and based on the pioneering work of Buckminster Fuller, this event promises to combine a hackathon, a meetup and an unconference all in one! Tickets available here.

Next week: Who needs banks?

Over recent months, I have blogged about health and the digital economy, the challenges facing AusPost, the progress of eTaskr and the birth of Slow School of Business. Here are some updates on each of these topics: 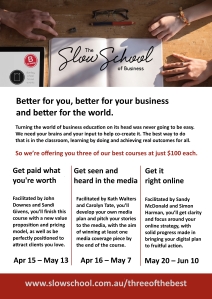 I think that while we hear a lot about the Internet of Things (#IoT), health is one area where the connection of the physical and the digital will really deliver tangible benefits (not just a fridge with a screen…).

Australia Post plans to raise the cost of sending letters

In the wake of declining letter volumes (and poorer financial performance), AusPost is considering jacking up the price of letter postage, and introducing a 2-speed letter service.

While this is not a surprising move, it does seem shortsighted. Given the increase in parcel volumes, especially from e-commerce and small online purchases, I reckon AusPost would be better off with more refined domestic parcel rates. For example, using exactly the same dimensions and weight, I can either send an item as a “large letter” for $2.10 (which is perhaps too cheap?), or as a “small parcel” for $7.45 (which is incredibly expensive for an item that might cost no more than $25). Maybe different band rates of 50g, from 100g up to 500g (the current weight limit for a small parcel/large letter) or even 1kg  might be a better option, coupled with improved payment and lodgment automation? Just saying…

Described as a “private label elance”, etaskr is a graduate of the AngelCube accelerator program, and was a finalist at last year’s Big Pitch organised by Oxygen Ventures.

Following their appearance at the Big Pitch, etaskr have recently closed $1.3m in seed funding from Oxygen Ventures. As mentioned in an earlier blog, etaskr is starting to see traction among corporate clients, including overseas markets, but the nature of the B2B sales cycle has meant that investors, incubators and accelerators are traditionally wary of such startups. Hopefully, this latest development will start to change market perception.

Slow School founder in the news

Finally, Carolyn Tate, the founder of Slow School of Business has been busy launching a new program of short courses (including Three of the Best) a new website and a new book. Oh, and she’s also become a B Corp. (Declaration of interest: I am a participant in, and adviser to, Slow School.)

Previously featured in Slow Living (required reading for the Slow Movement), Carolyn has taken a simple idea based on collaborative and peer-to-peer learning, and created a potentially disruptive platform for professional development and corporate training. Slow School is also tapping into the growing trend for people to work as independent contractors, freelancers and consultants (rather than permanent employees), and the dynamics of the digital economy where participants are also looking to make deep, personal connections rather than just online “friends”.

Post GFC, we’ve been told to expect a low/slow/no growth environment – that this is the “new normal”. I would add to that digital disruption, non-traditional commercial models and emergent ecosystems as being the other key influences on how we do business in this new environment. From what I have skim-read of the latest Intergenerational Report, the language is still couched in traditional terms of “jobs”, “productivity” and “industries”. Yes, there is mention of innovation, demographics, technology and flexible workplaces (i.e., deferring retirement?), but nothing that inspires me to think our political leaders understand what is really going on within the startup economy and the broader digital movement.

Next week: How to survive a Startup Weekend

Over the past 6 months, I’ve been privileged to be a participant in, and an adviser to, the Slow School of Business, founded by Carolyn Tate and supported by a team of expert facilitators. It has been an invaluable experience, as it has forced me to think about how I learn – not just my learning style, but what engages me to want to know more.

While Carolyn has articulated her own personal and professional reasons for starting Slow School, the initiative is attracting people who have a natural bias towards a certain type of learning environment. Overall, these people have a preference for education that is:

That’s not to say participants aren’t also engaged by on-line courses, or pedagogic instruction, or even self-directed learning, but that’s not the full story – there has to be a personal connection as well.

A particular revelation for me was prompted by a question that Carolyn posed at a facilitators’ networking meeting a few weeks ago: she challenged each of us to identify one thing we had learned about learning over the past year. I had recently come across the work of William Cronon, historian, educator and environmentalist. In particular, a paper he wrote in 1998, entitled “Only Connect…” The Goals of a Liberal Education.

Professor Cronon’s article is such an eloquent description of the mindset, attitude and world view that the best students (and therefore, the best learners) should bring to any course of study or learning experience. Education is not simply about rote learning, or fact cramming, or even regurgitation of prescribed texts – although this is what most tests and exams are designed to assess and evaluate.

A better approach is to explore what we have learned through a process of enquiry that demonstrates comprehension, critical analysis, practical application and conceptual re-contextualistion – such as working out a given problem using basic first principles, or testing a stated theory via the use of analogous scenarios.

The benefits of this inquisitive approach to learning cannot be overstated, but here are two examples: