A few years ago, I wrote a blog on how radio had come of age in the era of social media. And despite podcasts and streaming services making significant inroads into our listening behaviour, radio is still with us. Plus it now gets distributed via additional media: digital radio (DAB), internet streaming, mobile apps and digital TV.

Most mornings I get my first information hit from the radio. Likewise, the midnight radio news bulletin is usually the last update of the day. When I’m on my way to or from the office I’m either catching up on a podcast or streaming radio, via TuneIn or dedicated station apps.

I particularly enjoy the BBC’s catalogue of on-demand content – both contemporary material, and archive programmes. There’s something inexplicable about the appeal of listening to 50-60 year old recordings, themselves being dramatisations of books and plays first published 100 years or more earlier.

The main reason I turn to these relics of steam radio is because I can curate what I want to listen to, when I want to listen. These programmes are also an antidote to much of what gets broadcast on commercial radio stations, which I find is mostly noise and no substance. (Blame it on my age, combined with being a self-confessed music snob.)

Most of these archive radio recordings still work because of two things: the calibre of the material; and the high production values. The former benefits from tight script editing and strict programme lengths. The latter is evident from both the engineering standards and the sound design.

One of the paradoxes of modern technology is that as the costs of equipment, bandwidth and data come down (along with the barriers to access), so the amount of content increases (because the means of production is much cheaper) – yet the quality inevitably declines. And since in the internet era, consumers increasingly think that all online content should be “free”, there is less and less money to invest in the production.

The importance of having a high level of quality control is inextricably linked to the continued support and funding for public broadcasting. With it, hopefully, comes impartiality, objectivity, diversity and risk-taking – much of which is missing in commercial radio. Not that I listen very often to the latter these days, but it feels that this format is destined to increased narrowcasting (by demographic), and parochialism.

In this era of fake news and misinformation (much of it perpetrated and perpetuated by media outlets that are controlled or manipulated by malign vested interests), and at a time of increased nationalism, divisive sectarianism and social segregation, it’s worth remembering the motto of the BBC:

“Nation shall speak peace unto nation”

Notwithstanding some of the self-inflicted damage that the BBC has endured in recent years, and the trend for nationalistic propaganda from many state-owned news media and broadcasters, the need for robust and objective public broadcasting services seems more relevant than ever.

Next week: Craft vs Creativity

I’d be the first to admit I’m a music snob. Not that I think my tastes are better than anyone else, just that they are very particular. I like to think I have an informed opinion about the listening choices I make. 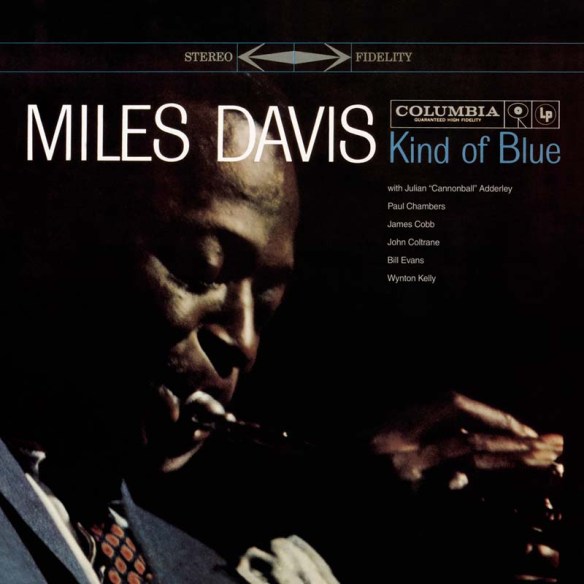 When I went to university, I was asked if I had any preferences about whom I shared student accommodation with. “No heavy metal freaks or jazz buffs”. I’ve still not changed my opinion of heavy metal, but my attitude towards jazz, like my appreciation for red wine, has only improved with age.

Not all, jazz, mind. Two words that strike dread in me are “gypsy jazz” – along with trad, dixieland and rag time, I find it most of it too fiddly, over-ornate, bordering on cheesiness. Similarly, for me, listening to “smooth” artists like Kenny G is akin to wading through treacle. There are certain instruments that I find very difficult to stomach in a jazz context – trombone, soprano saxophone, violin and acoustic guitar. And the big band sound is something I can only endure very selectively. Much of what is labelled fusion also leaves me cold, although I do make an exception for Soft Machine.

I suppose my point of entry is post bop, along with modal and free jazz. And while cool jazz can take itself far too seriously, at least it generally doesn’t fall into the trap of virtuosity for its own sake. (I’m always reminded of the criticism of Mozart attributed to Emperor Joseph II – “too many notes!” – when it comes to the noodly end of the jazz spectrum.)

Like many people, one of my first real engagements with jazz was Miles Davis’s “Kind of Blue”. As a self-contained statement on “modern” jazz, it still astonishes with each listen. Despite its ubiquity, I never tire of hearing it. (In point of fact, the first Davis album I sought out was “In A Silent Way”, after it was used as a reference point in a review of A Certain Ratio’s debut album. Strange but true.) I’ve since come to appreciate the full canon of Davis’s work, although I have never warmed to his final records, recorded for the Warner Brothers label. His albums are often grouped into specific periods, rather like Picasso’s art, which only adds to his status and legacy.

In terms of newer and contemporary artists, the only one who has managed to sustain my interest is Brad Mehldau, in particular his live solo performances – where he seems to have picked up from where Keith Jarrett left off in the 1990s.

And as I get older, I find that the only music radio station I can listen to is ABC Jazz….