This week, some brief notes from the USA, where I am currently attending some blockchain and cryptocurrency events, courtesy of the team at Brave New Coin. 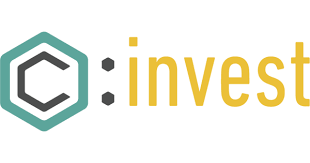 The first event was Consensus: Invest in New York. As one of my colleagues commented, every person and their lawyer seems to be doing an ICO – even while in the washroom, a hopeful issuer tried shoving a pitch deck into his free hand. This despite the ongoing regulatory questions surrounding, and noticeable investor indifference towards, some of these token sales.

The CME was prominent among the exhibitors, given their forthcoming Bitcoin futures. Not to be left out, NASDAQ managed to generate some noise in the Wall Street Journal about their own proposed Bitcoin derivatives. Separately, Bitcoin itself attracted headlines in the Journal and the Financial Times – on the back of fresh new trading highs.

Other exhibitors comprised cryptocurrency research providers and custodian services. More evidence that this new asset class is entering a new phase of maturity.

Across the country, in Silicon Valley, Blockchain Expo put on a major trade show and conference, in conjunction with the IoT and AI Expos. (If a similar event had been held say, 20-25 years ago, instead of Blockchain, IoT and AI the themes might have been servers, network connectivity and desktop productivity tools.)

A number of upcoming ICOs gamely pitched their wares, while several new flavours of distributed ledger projects were on display. Several of the latter claim to be addressing issues of scaling, interoperability and security – all topics that continue to keep blockchain experts busy.

Of course, in common with other FinTech and startup events of late, there was the usual smattering of presentations aiming to leverage AI, peer-to-peer, big data, distributed technologies, machine learning and decentralized solutions.