Hotels in Japan can be very expensive, and despite the fact that the shared economy operates in something of a regulatory grey area, I am pleased to say that the experience of using Airbnb throughout my recent visit was a great success. Luckily, my travelling partner had done extensive advance research, so there were very few hitches. 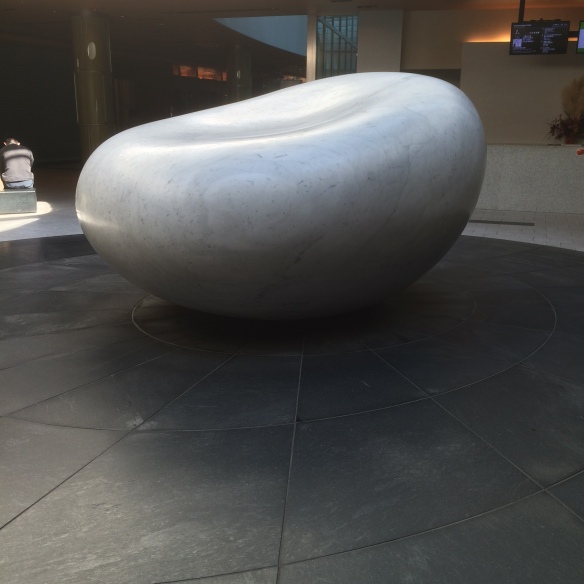 Whether innovation is on the rise in Japan, or whether the “illicit” sharing economy is gaining traction, it seems that Airbnb in particular appeals to certain enterprising and entrepreneurial types who see an opportunity in the current market. The various hosts comprised an agent managing several properties on behalf of the owners, professional couples renting out an investment or spare apartment, and a self-motivated entrepreneur also building social enterprises.

I won’t specify the apartments I stayed in, partly because these particular hosts in Tokyo, Kobe and Kyoto are proving very popular (especially over the upcoming holiday season), and partly to avoid any potential “regulatory” hassles. But hopefully the following insights will be helpful in planning your own trip.

First, the bookings were all for self-contained apartments (usually a studio dwelling, close to public transport), and selected based on previous positive feedback. In each case, the accommodation was situated in older, low-rise developments, located in mainly residential neighbourhoods. In one case, it was a traditional apartment, complete with tatami mats, sliding doors/room dividers, and an older style wet-room bath and shower.

Second, the “hosts” were all very helpful in giving travel directions, offering suggestions on where to eat nearby, and/or providing local guides and maps. One had even posted a self-made YouTube video showing the walk from the train station to the front door. Obviously, the fact that they were happy to take bookings from foreign visitors meant that all of the communication was conducted in English.

Third, for the most part decor was simple but comfortable, but some of the beds were on the small side. And one apartment was owned by a fan of a certain cartoon character, with furnishings to match, which was quite surreal.

Fourth, due to the apparent semi-legal nature of Airbnb in Japan, the hosts were keen to make sure that not only did their guests not make any noise or disturb the neighbours, they did not want guests either to talk to or to answer the door to strangers. One host even suggested that if guests put rubbish in the wrong place for collection, they would be extorted by the local Yakuza.

Lastly, although the basics were consistent (bedding, towels, soap, shampoo, hairdryer, cutlery, crockery), there were some significant differences in what other facilities were provided, as follows:

Location: Close to the Metro, convenience stores, restaurants, bars and a shopping mall. Also, in the vicinity of museums, galleries and other cultural attractions.

Accommodation: Studio apartment, with own bathroom and kitchenette.

Location: Reasonably close to the local private railway station, supermarkets nearby, and a couple of small shops in the area. No bars or restaurants in the immediate neighbourhood, which was mostly residential, but there were the ubiquitous vending machines. More choices in the nearby suburbs.

Amenities: No WiFi and no washing machine, but free-to-air TV, kettle, microwave, single-burner stove, fridge. And no knives. Of any kind.

Location: Very near to a large JR station and major bus routes, with a supermarket and a couple of convenience stores on the same street, and several small bars and restaurants close by. Mixed residential, commercial and light-industrial area.

Accommodation: Studio apartment, with own bathroom and kitchenette.

Location: Few hundred meters from a major interchange station, and very close to several convenience stores, bars, restaurants and a decent coffee shop. Adjacent to a very popular shopping, eating and entertainment precinct, getting very trendy with the hipster brigade (even some co-working spaces in the neighbourhood!).

Accommodation: Studio apartment, with own bathroom and kitchen/diner.

Amenities: No microwave, no stove and no TV. But free WiFi, hot-water urn, fridge, and washing machine.

Finally, the only major criticism I have is that the Airbnb app itself was not that easy to use while travelling, so messages to/from hosts were often delayed. (More on Japan in coming weeks….)

2 thoughts on “Seeing Japan with #Airbnb”