I recently posted a blog about saving the Australian publishing industry, prompted by some research I was doing on government-sponsored initiatives, notably EPICS and BISG. This generated a couple of (indirect) responses, one from the Department of Industry itself, the other from a long-time colleague in the industry. More on these later. 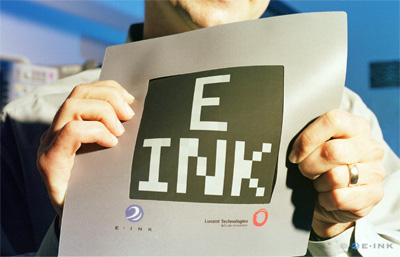 But first, some more industrial archeology, by way of demonstrating that book publishers are not shy about new technology – remember the first electronic ink? When I was working at the Thomson Corporation in the late 1990s, we were given access to a prototype version of what we would now recognise as an e-reader. It was about the size and thickness of a mouse pad but less flexible, and could only hold a small amount of data in its memory (content was uploaded via an ethernet cable). It was described as the future of book publishing, and was predicated on the idea of portability (it could be rolled up like a newspaper if the screen was thin and pliable enough), and updating it with new content whenever it was (physically) connected to a computer or the internet.

However, whatever their apparent appetite for new technology, publishers struggle to adapt their business models accordingly, or they are fixated on “old” ways of monetizing content, and locked into traditional supply chains, archaic market territories (geo-blocking), restrictive copyright practices and arcane licensing agreements; and unlike other content providers (notably music, TV and newspapers which have shifted their thinking, albeit reluctantly) the transition to digital is still tied to specific platforms and devices, unit-based pricing and margins, and territorial restrictions.

Anyway, back to the future. In response to my enquiry about the outcome of the BISG initiative, and the creation of the Book Industry Collaborative Council (BICC), the Department of Industry offered the following:

“A key outcome of the BICC process was to have been the establishment of a Book Industry Council of Australia, an industry-led body based on the residual BICC membership that would come to be a single point of policy communication with government, though following its own reform agenda in the identified areas and unsupported by any taxpayer funding. Terms of Reference and so forth were drawn up but as nearly as we can ascertain from media monitoring and contacts, the BICA was never formed. It appears the industry is waiting to ascertain what the current government’s policy priorities might be, as expressed in the outcomes of the current Commission of Audit and Budget, before possibly resurrecting the BICA concept and/or the policy issues identified in the BICC report.” (emphasis added)

My read on this is that the industry won’t take any initiatives itself until it knows what the government might do (i.e., let’s wait to see if there are any handouts, and if not, we can plead a special case about the lack of subsidies/protection and the threat of extinction…).

This defeatist attitude is not just confined to Australia – my former colleague recently attended the 2014 Digital Book World Conference in New York. He commented:

“I was disappointed to see the general negativity of the publishing industry and the “victim” like mentality – also the focus on the arch-enemy – AMAZON! I see great opportunities for content – but companies have to get their head around smaller micro transactions and a freemium model. Big publishers are “holding on” to margins – it’s a recipe for disaster – [but] I think we can become small giants these days.”

There are some signs that the industry is taking the initiative, and even grounds for optimism such as embracing digital distribution in Australia, moving to a direct-to-consumer (“D2C”) model in the USA, and new approaches to copyright and licensing in the UK.

The choice facing the publishing industry is clear: continue to see itself as a victim (leading to a self-fulfilling prophecy of doom and extinction), or become part of the vanguard in developing leading-edge products and services for the digital age.