We have been hearing a great deal recently about allegations of political corruption in Australia, culminating in the resignation of a State Premier. This has raised questions about integrity in public office, given the steady stream of stories concerning dubious donations to election campaigns, murky business deals involving politicians and party power-brokers, misuse of trade union members’ assets by officials who were also prominent party figures, opaque political lobbying by industry, tawdry backroom deals to preference election candidates… oh, and the gift of a $3,000 bottle of wine. 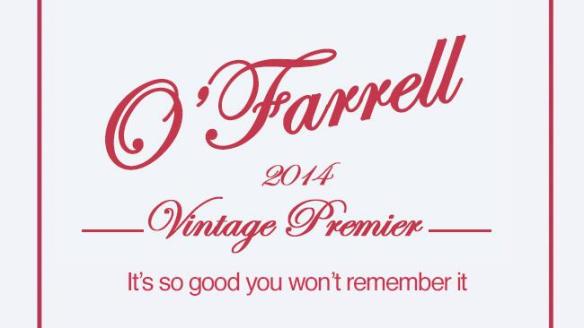 I won’t dwell on the whys and wherefores of Mr O’Farrell’s resignation, except to say this: If the Premier genuinely believed he did not receive the bottle of wine in question, and his assertion was subsequently shown to be wrong, does this amount to giving false witness? Surely, the act of giving false evidence involves the commission of a deliberate lie, either with the intention of causing a deception or creating an erroneous version of events. It seems that had Mr O’Farrell, as a Member of the New South Wales Parliament, remembered to declare the gift on his register of pecuniary interests, but later forgot about it or failed to recall it when giving evidence, he might have been made to look merely foolish. However, failing to register the gift was either a costly mistake or a grave error of judgement, and by forgetting it altogether (including his handwritten letter of thanks) it reveals a certain level of incompetence. Yet, how many foolish and incompetent politicians manage to keep their jobs, and even get re-elected?

Some commentators have suggested that the nature of the Premier’s resignation showed real integrity – but the truth is, once the facts contradicted his evidence, his position became untenable, and he realised he had no choice in the matter. (The relevant inquiry had in fact already cleared Mr O’Farrell of any suggestion of wrongdoing in the matter under investigation, but now his reputation is probably tarnished by the implication or perception of corrupt behaviour.)

The big lesson from these latest events is that when we get wrapped up in process or get sidetracked by personal, political or financial outcomes, we can easily lose sight of the need to act with integrity and to exercise our authority and powers of influence with transparency. Otherwise, we end up colluding which allows the smell of corruption to permeate. Politics is not alone in these matters – religious institutions, professional sport and corporate boardrooms have more than contributed to the current malaise.

I experienced a small but significant test of personal integrity early on in my career, when I was working as a paralegal in local government. Part of my role was to provide impartial legal advice to local residents facing housing problems. At the time, the area was undergoing intensive gentrification, and many private tenants were being “persuaded” to move out by landlords and property developers. In many cases, all I could do was advise parties of their respective rights, particularly the tenants who had protection from harassment and unlawful eviction under the relevant housing laws. In some cases, the council could mount criminal prosecutions for more serious offences, but this was rare.

So, one day, one of my “clients” (the advice service was free to the public) brought me a personal gift: a bottle of vodka and a bottle of champagne (probably no more than $50 in total value). I initially refused because I did not feel it was necessary or appropriate that he reward me in this way for simply doing my job. However, because my legal advice had enabled him to negotiate a lucrative payout from his landlord to vacate his home, and because he had been brought up to value displays of gratitude, he insisted I keep the gift and refused to take it back.

I could have just taken the bottles and not said anything to anyone, as there were no witnesses. But whether it was my conscience, or the thought that the client might have said something to a third party that may have compromised me, I immediately raised the matter with my manager. He acknowledged my honesty in reporting it (even though I wasn’t really sure what the council policy was on gifts), but said I could keep the present as it was of nominal value, and because I hadn’t sought or solicited a personal benefit. (He also said that if it was a bottle of gin, he might have taken it for himself… but I think he was joking?)

Nowadays, I’m not so sure that I would have got the same response, and over the years, having worked in some high-profile and highly regulated industries, I am aware that there is far more scrutiny around formal compliance, self-regulation, voluntary codes of conduct and business ethics. Of course, individuals need to feel comfortable about the organization they work for and the role they are expected to perform, to ensure there is alignment with their personal values. In addition, I’m often reminded of three questions you should ask yourself in corporate life whenever you have any doubts about the integrity of your actions:

I think the problem for many modern politicians is that they hardly ever say exactly what they are thinking, for fear of letting slip a personal opinion that may differ from their public persona or their party’s stated policy position. (How often nowadays do Ministers resign on a point of personal principle?) Worse, it has been suggested that “loyalty to party” has been displaced by “loyalty to faction”. As a consequence, they are compromised because they forget about individual accountability; and they collude because they either prefer to toe the party line or hide behind the collective shield of cabinet, ministry or faction. In doing so they demonstrate a lack of personal integrity. Unfortunately, when even “benign” or “innocent” collusion emerges, corruption is never very far away.

Since drafting this blog, I have heard several “wise after the event” comments from the chattering classes, which can be summarised as follows:

2 thoughts on “Integrity and the Acid Test: How Would it Look as Front Page News?”