Rather like an English Literature exam where students are invited to “compare and contrast” the work of two contemporary authors, over the holidays I had the opportunity to consider recent films by Quentin Tarantino and Guy Ritchie – cinema is a great way to stay out of the summer heat. 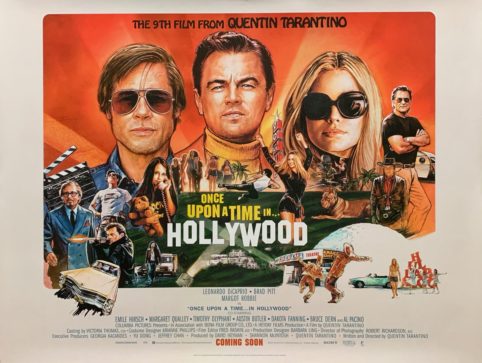 Both directors have something of the auteur about them – they like working with ensemble casts, adopting non-linear story lines, and showing off their taste in music via the soundtrack selections. In Tarantino’s case, he also writes, produces and occasionally acts; whereas for Ritchie, his trademark directorial style is defined by his London crime comedies.

The latter’s forays into more traditional stories, adaptations and film franchises have not always been successful – but “The Gentlemen” is a return to the form of his early London gangster movies, which helped make his name. In the character portrayed by Hugh Grant, there is a certain pleasure at seeing the actor take cinematic revenge on the British tabloid press, enhancing (even refining) the satirical edge that these films sometimes reveal.

For Tarantino, “Once Upon a Time in Hollywood” is another oblique take on a familiar theme or storyline – in this case, the end of Hollywood’s Golden Age, amplified by the Manson murders and the death of the hippy dream. Once again, the director demonstrates a keen ability to create enormous cinematic tension prior to a cathartic denouement, a technique used to great effect in most of his films.

Both directors place great emphasis on dialogue and the interaction between characters, even if there is not a great deal of character development. Often, if feels like the leading roles are either pure ciphers (metaphors for interpreting events around them), or mere signifiers (the characters themselves are the meaning).

If there is one central theme connecting their core work, it is the concept of “honour among thieves” – that however far outside the law their characters reside, there is an internal logic and moral compass that guides them (however warped those values may appear to be to outsiders).

Overall, I think Tarantino’s films have more substance, and his nine feature films as director (and will the 10th also be his last?) represent a concentrated body of work that will stand the test of time. While I prefer Ritchie’s crime comedies (“Revolver” aside) to his more mainstream work, in the future those gangster capers will seem as quaint as Ealing comedies of the 1950s.

Next week: Haring vs Basquiat