Last month, I listed my Top 10 gigs of all time. Even as I wrote that blog, I knew I would probably change my mind soon after. Rather than trying to re-work those choices, I’ve decided to recall some of the more significant concerts I have attended – not necessarily the best performances, or even my favourite bands, but simply those that have had left a lasting impression. 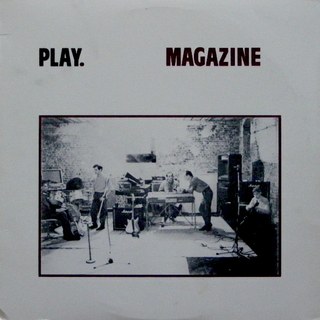 In no particular order:

One of my favourite bands of the post-punk era. I saw them on their 1980 tour that eventually gave us “Play” – one of my favourite live albums. Although the London show I saw was good, by the time the band got to Australia, they were at the top of their game, and “Play” was recorded at Melbourne’s Festival Hall. Part of me hopes that the band will re-form to celebrate the 40th anniversary at the same venue…. I met Howard Devoto a couple of times in the mid-80s, including at the bar of the Hacienda in Manchester, and at a party in London where we talked about the prospect of doing jury service (very Kafka-esque).

I got a free ticket (thanks, DQ) to see the Pistols on their 20th anniversary “Filthy Lucre” tour, at Tokyo’s Budokan stadium in November 1996. Apart from the sight of seeing 15,000 Japanese fans (many of whom probably weren’t even born when the Pistols were at the height of their notoriety) singing along to “Anarchy”, the concert is memorable because I went drinking with the band afterwards at a Tokyo night club, and got talking to bassist Glen Matlock. Many years later, I bumped into Glen again at a Melbourne cafe, and ended up seeing him play in Robert Gordon’s backing band along with Chris Spedding and Slim Jim Phantom at the Richmond Corner Hotel.

Kraftwerk have a great sense of location when choosing their tour venues. In 2008, they played the AsiaWorld-Expo trade show hall at Hong Kong International Airport, giving added context to the performace of their single, “Expo 2000”.

Something of an acquired taste, Diamanda Galás also manages to create a sense of occasion whenever she performs. I first saw her in London in late 1994 when she was touring with John Paul Jones, former bass player for Led Zeppelin. At Sydney Opera House, she performed solo, and filled the venue with her six-octave vocal range.

According to the online archives, this concert was at the Town & Country Club in March 1993, a month after they released their debut album, “Pablo Honey”. Although their single, “Creep”, hadn’t yet achieved chart success, it was clear that they were on their way to star status, given that for this gig they were “merely” the support act.

In November 1985, Sonic Youth played the final gig of their “Bad Moon Rising Tour” at London’s Bay 63 – aka Acklam Hall – a former community centre underneath the Westway. I remember that they came on late, complained about the lights being too bright, and then ripped into an almost non-step set that culminated with “Expressway to Yr Skull” (also known as “Madonna Sean And Me“), the standout track from their 1986 album, “Evol”.

This was more of an art installation piece than a gig, featuring the work “Vinyl Requiem” performed at the Union Chapel. Incredibly moving, and I have since seen Jeck perform a similar (but much smaller) work at Melbourne’s The Toff in Town venue.

As part of the Highline Festival curated by David Bowie, Air played a rare gig at Madison Square Garden. I was struggling with jet lag, but the experience of hearing their lush electronic music in a concert setting was well worth it. Featuring some of their soundtrack work for Sofia Copolla – “Virgin Suicides”, “Lost in Translation” and “Marie Antoinette” – sealed the deal.

This last ever performance by Scottish band Orange Juice, in support of striking miners, was nearly derailed by the egos of the other bands appearing that night. Despite their industry status, they agreed to go on first, only to announce the band was splitting up. I later saw Edwyn Collins performing a solo show at the Sports Bar at Hong Kong’s stadium in Happy Valley, on the back of his hit “A Girl Like You” in 1995.

Another gig where I was struggling with jet lag, this was an emotional homecoming by one of the city’s favourite bands. It was also supposed to be their farewell concert, as they had announced they were calling it a day. (They reformed in 2007…). The final numbers, “Come Home” and “Sit Down” were particularly poignant. My sister also got credited on the DVD, as at the time she was the Stage Manager at the Manchester Arena.