A relatively new term that was coined around the time of the GFC, “impact investing” can be seen in the same light as CSR, TBL, ethical investing and conscious capitalism, whereby businesses combine purpose with profit, underpinned by strong and open corporate governance, with the specific goal of delivering social and environmental outcomes. Not to be confused, of course, with NFPs or social enterprises. 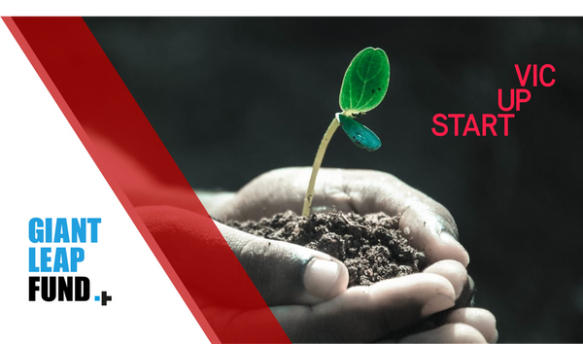 The latest pitch night hosted by Startup Victoria, with support from impact VC investor Giant Leap Fund, presented four startups that all aspire to bring about some form of social impact, in areas such as: transport for women; gender diversity in the workplace; mental health; and training for disability support workers. (Surprisingly, there were no pitches from startups with a direct environmental impact.)

In order of appearance, the startups were (as usual, links are in the titles):

Offering a new approach to recruitment, DCC only work with employers who meet their standards on workplace policies for women. Currently seeking $1m in investment, they claim that 50% of their candidates get shortlisted, and 25% get hired, and already have 80 accredited employers on their books.

Using an endorsement model for accredited employers, as well as standard recruitment services, DCC is able to generate both annuity and transaction revenue. By ranking employers and holding them accountable for their own policies, is able to promote best practice and establish industry benchmarks. DCC is now moving into industry and media partnerships, and plans to build a dashboard for analytics.

The panel of judges were keen to understand how DCC will maintain its point of differentiation, as well as build on its definition of diversity (e.g., transgender, transsexual and intersex). And given that there are federal initiatives already in this space, does an accreditation from DCC have as much value or impact?

According to data provided by the presenters, around 1.9m disabled people in Australia need support workers. With the introduction of the NDIS, the number of trained helpers needs to grow from 300k to 600k, and there are currently 3,500 disability service providers to help train, recruit and employ these support workers. A key challenge is the quality of available education, with providers only spending $1,265 per worker per annum on training and development.

Enabler is seeking a $250k seed investment to launch a new product, comprising core content and training modules distributed online and delivered via mobile devices. With a focus on personalised content, Enabler is already in talks with 11 service providers and engaging with existing paying customers (who represent as few as 70 to around 1400 end users).

The key challenge I found with this pitch was the lack of explanation on why current training content and materials are proving to be so inadequate (even allowing for differences in individual learning styles). For example, what makes Enabler’s service so much better, and how will it achieve sustainable personalization in a product that needs to be both scalable and economically viable?

This is a ride share service for women drivers and passengers (and their kids and pets), that grew out of economic and social necessity. It started life as a project on Go Fund Me, has since pivoted to Shebah, launched a mobile app, and is now available in Melbourne, Geelong, Brisbane, Gold Coast, Sydney and Sunshine Coast (with Perth, Darwin and Adelaide to follow).

Adoption among the disability community has been a notable side effect (e.g., enabling customers to get to medical appointments), and each driver gets a free consultation with a CPA about setting up an ABN etc.

Experiencing 40% growth in volume (and 100 new accredited drivers per week), the founder is asking for $500k funding to hire an in-house engineer/developer to build additional app functionality (such as pre-booking), scaling the business and growing to a minimum 1,000 rides per day. The app can already take multiple currencies, and there has been interest from Mexico, South Africa and Brazil.

With the various issues facing Uber and the gig-economy itself, the judges were naturally keen to understand how Shebah regards its own drivers (i.e., employees or freelances). For registration, tax and accounting purposes, Shebah drivers are treated as independent contract workers (sole traders), with no required minimum hours. (The founder mentioned potential plans to offer drivers share options in the business, which could prove an interesting business model.)

Despite some reasonably high-profile media coverage, Shebah has not undertaken any advertising campaigns, relying instead on general publicity and friendly ambassadors.

Asked about customer experience measures, the founder mentioned average waiting time, and driver retention as key indicators (apparently, the only 4% of Uber drivers last more than 12 months). Shebah also acknowledged that their fares are cheaper than taxis (but more expensive than Uber) with an average fare of $25, representing a margin of less than 10%

With a tag line of “a place to be real”, Limbr is an app-based platform that is designed to take some of the stigma out of mental illness, and provide easier access to mental health services.

Despite the staggering mental health statistics, two-thirds of sufferers never seek treatment. To break down some of the barriers and overcome access issues, Limbr offers a three-tier service: a free “social network”, a personal dashboard tool, and online support from qualified mental health professionals (“listeners, coaches, therapists”). The revenue model is a combination of subscription fees and commission from provider sales, plus evidence-based public funding.

The founders recognize it’s a highly fragmented market, so therapists are interested in the referral aspect of this new channel to market. (One challenge is that the current $10 bulk bill rebate to see a therapist is not available for e-health providers.)

The app plans to use popularity to drive traction, and while the message that it’s “OK to share” is designed to be positive and encourage a healthier approach to mental illness, there was some concern that in some ways, the internet has normalised the issue. The presentation mentioned that there are 20m posts about depression on Instagram. So, isn’t social media, along with increased isolation and anti-social online behaviour part of the problem?

Asked by the judges about privacy, authentication and trust, Limbr plans to go to market via therapist advocates, and will focus on moderation and data analytics.

Based on the night’s presentation, the judges awarded Shebah first prize, and it certainly was the most engaging and rounded pitch of the four.

Next week: More on Purpose