The music of David Bowie was the soundtrack to my teenage years, coinciding with the extraordinary run of albums he released in the 1970s, the like of which we will never see again. He was the first (and probably last) 20th century mega pop star, with a prescient knack for reinvention and innovation. He will be remembered as one of the few truly original musicians of his era, a legacy that he has confirmed with his final studio album, released on his 69th birthday, just two days before he died. Talk about timing…. Even his long-time collaborator, Tony Visconti was moved to say “His death was a work of art.” 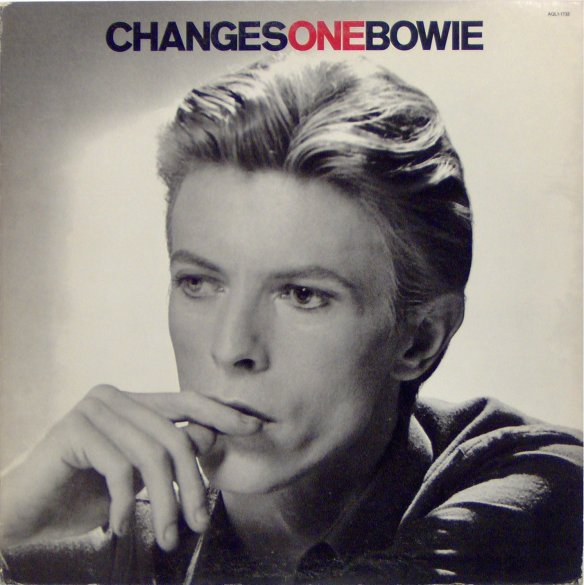 My own journey with Bowie began with “Life on Mars?” (from “Hunky Dory”), which was released as a single in June of 1973. I was 12 years old, and my family had just returned to suburban London after three years living in Australia. The re-entry was bewildering.

The UK of my childhood had disappeared in my absence: there was decimal currency, membership of the EEC, a Tory government, colour TV, and the Three-Day Week. And then there was glam rock, with Bowie at the forefront. The kids at school were all wearing platform shoes, outrageously wide shirt collars, flared trousers, and Bowie haircuts. If they’d been allowed, they’d probably be wearing glitter and makeup as well. There certainly hadn’t been anything like this in staid, suburban Adelaide, which felt like it was firmly stuck in the 1950s.

Although I had probably heard “Space Oddity” (and even “The Laughing Gnome”) on the radio as a child, “Life on Mars?” is the first Bowie song I connected with. I couldn’t fathom the lyrics, but their sense of alienation (along with the song’s outsider perspective) must have resonated with me. It also suggested a loss of innocence, time and place. It was hard to avoid or ignore Bowie during this period. There was a constant stream of hit singles released to an eager market that was happy to keep him in the charts week in, week out.

At the time, I was more in tune with Top 40 radio than album releases, so for me Bowie was “just” a singles artist. I was mostly oblivious to the stage and album personas of “Ziggy Stardust”, “Aladdin Sane” and “Diamond Dogs”. It took me a while to backtrack through those albums, especially “The Man Who Sold The World”, which was only known to me through Lulu’s cover version of the title song. As for “Pin Ups”, although it was not his strongest effort at the time, it was a significant portal into 60s psychedelic, progressive and underground rock music for those of us too young to have been there.

The first Bowie album I actually bought was “ChangesOneBowie” because it was an excellent primer, and it contained two of my favourite tracks of the mid-70s, “Fame” (from the pivotal “Young Americans”) and “Golden Years” (from the even more significant “Station to Station”, which Kraftwerk name-checked on their contemporaneous album, “Trans-Europe Express”). “ChangesOneBowie” was not a typical greatest hits collection, but stood as an album in its own right.

From there, it was headlong into the Berlin trilogy of “Low” (still an astonishing collection of post-modern rock songs, electronic and ambient music), “Heroes” (confirming Bowie as one of the few pre-punk musicians it was still OK to like) and “Lodger” (tackling issues of cold war politics, gender identity and domestic violence against a backdrop of Eastern, Reggae and Krautrock influences – “world music” before the term had even been coined).

In 1980, Bowie said farewell to the 70s with “Scary Monsters (and Super Creeps)”, which thanks to the video for “Ashes to Ashes”, helped usher in the MTV era. It remained his strongest work for more than 30 years (apart from “Heathen”, and maybe “Let’s Dance”) until “The Next Day” in 2013 (which acted as both a coda to and summation of his musical career), and the valedictory “★“ released early last month.

For much of the 80s and 90s, Bowie seemed to flounder. In the 70s, he had been the instigator of change and the artist to follow; witness the legion of artists who cite him as a key influence. But after “Let’s Dance” he became more of a follower as he tried to catch up with the latest trends rather than setting them, and much of the material on the resulting albums sounds outdated, stodgy and formulaic, lacking the deft touches of his earlier work. While I can even understand why he formed the Tin Machine, I have no time for their music. To my ears their albums are no better than much of the vapid, soulless and synthetic rock that polluted mainstream radio and TV as the major record companies tried to re-corporatise pop and rock music following the disruption of punk, new wave, post-punk, electronic and independent artists and labels.

I’m sure history will treat the “third act” of Bowie’s career (from “1. Outside” to “Reality”) more kindly than when some of those late albums were first released. Overall, it’s a reasonably solid body of work, and still a lot better than what most of his contemporaries were churning out at the time. It feels as if Bowie was treading water, biding his time, waiting for new inspiration while he explored other interests – whether securitising his back catalogue via Bowie Bonds, or launching his own ISP, BowieNet.

Then came the growing silence: no new material, no live tours, and gradual withdrawal from the spotlight. Only the odd glimpse, and the occasional rumours about his health. Maybe the curtain had finally fallen on Bowie’s recording career.

Suddenly out of nowhere, after an 11-year hiatus, in January 2013 came a startling new single, “Where Are We Now?”, which caught most of us by surprise. It was both new and comfortably familiar – the sonic palette had been updated (without trying to sound “trendy”), but the lyrical themes were the same. Bowie himself sounded wiser but world-weary, and there was an abiding sense of loss, regret and redemption.

The accompanying album, “The Next Day” did not herald any great musical surprises, yet it was good to have him back with such a solid album. The songs avoid being Bowie pastiches (which is a trap many comeback albums fall into), but each track could have appeared on one or more of his classic 70s albums. At one point, too, his vocals sound reminiscent of Scott Walker‘s recent work (surely not mere coincidence?). Despite the lingering thought that this really was the last Bowie album, “The Next Day” was soon followed by new material, various remixes, the “David Bowie Is” touring exhibition, a stage show based on “The Man Who Fell To Earth”, and yet more Bowie compilations, box-sets and re-issues.

All this renewed activity now seems like a diversion, designed to catch us off our guard. Because we were hardly prepared for what happened next: the huge anticipation, when yet another new album was scheduled for release on January 8, 2016; and deep sorrow, when Bowie’s death was announced just two days later.

I haven’t managed to listen to “★” more than a couple of times. The lyrics are loaded with poignant references to death, resurrection and final endings. It feels like we are listening in on someone predicting and meditating upon their own imminent demise, contemplating their life with quiet reflection. While the accompanying music is not exactly funereal, nor it as avant-garde or as cutting-edge as some reviews might suggest; but it’s still quite experimental for a mainstream artist. Inevitably, the album will be regarded as Bowie’s final artistic act, a grand gesture, signing off on his own terms. Not many of us will get to do that…

When I heard the news that Bowie had died, I was walking home through the park. The city was bathed in a golden glow of a rain lit sunset, and there was a huge rainbow across the sky…. Starman indeed.

If I had to choose one song that best epitomizes Bowie’s personal perspective on stardom (and notoriety), along with a sense of his own mortality and place in the world, it would be “It’s No Game”, from 1980’s “Scary Monsters (And Super Creeps)”. Bowie was neither politician nor philosopher (and he certainly wasn’t a saint), but this existentialist anthem is a perfect statement on the human condition that is still valid today, which is why I for one will miss his presence.

Acknowledgment: Thanks to my fellow presenters David Whiting and Steve Groves at North West FM Community Radio for the great times we had with our special Bowie programs over the past few years.

Next Week: Tech vs The Human Factor