There are 5 key themes emerging in new digital products* that are grounded in the analogue world. It seems designers and developers are having to find ways to embrace analogue once more, and integrate it into digital solutions. While not everything old is new again, there are some distinct echoes of the past in many of these new developments.

Sony is reviving magnetic tape as a data storage medium – prompting some pundits to suggest that cassettes might be making a comeback. (Not if the participants in this video have their way…..) Interesting to note that tape storage is far more energy-efficient than traditional hard drive storage. And last week, Telstra announced the development of a major public Wi-Fi network which sounds like the stuff of the future, but looks back more than 25 years, with the launch of Telepoint services.

The combination of analogue and digital technologies** is not new (remember the Advanced Photo System and the Digital Compact Cassette from the 1990s?). But modern polymath Brian Eno and his latest musical collaborator Karl Hyde have just put out an iOS app that is designed to interact with the vinyl edition of their new album, “Someday World”. It’s not quite augmented reality, but the app uses that concept to project animated graphics to accompany the music when the user points the iPhone’s camera at the record label.*** This could just be the first example of making the vinyl record a digital artefact!

As someone who dabbles in iOS music apps (as well as beta-testing a few in my spare time), I have become used to replicating the analogue experience of old-school analogue synthesizers and drum machines on my iPhone and iPad. This has now been taken a step further with the launch of the iVCS3, an iPad version of one of the first portable analogue synthesizers from the late 1960s (an instrument made famous by The Who and Brian Eno, among others). A notoriously difficult piece of hardware to operate, it is almost the antithesis of digital predictability, yet makes perfect sense in the digital context when simulated via the touch screen interface of the iPad.

Despite some concerns about smart phone biometric security tools, the use of biometrics in banking is a near certainty. Sensory-based smart phone applications and add-on devices in the areas of health (diagnostics), the environment (air quality monitoring) and even cooking (taste tests) will soon be commonplace.

The Internet of Things is starting to get interesting (beyond the fridge that can do your grocery shopping), especially when combined with robotics (although this April fool spoof from Sphero was probably a bit too real for comfort….). A couple of physical devices that could find extended use when hooked up to an internet connection are the Auug (featured in the new Apple ads) and the SwatchMate Cube (a winner in the 2013 Melbourne Design Awards). For example, the Auug could be used in remote control or simulation applications, while SwatchMate could be modified to analyse surface materials beyond their colour properties.

* I’ve been re-reading “Grounded Innovation: Strategies for Creating Digital Products” by Lars Erik Holmquist which has helped shaped some of my thinking on this topic.

** I thought I may have invented a new word as a possible title for this blog – Digilogue – until I came across this book. (But I took heart from the fact that the author, futurist Anders Sorman-Nilsson, like me also holds an LL.B.)

*** If you install the app and point your iPhone camera at the picture below, it should also have the same result as scanning the record label itself: 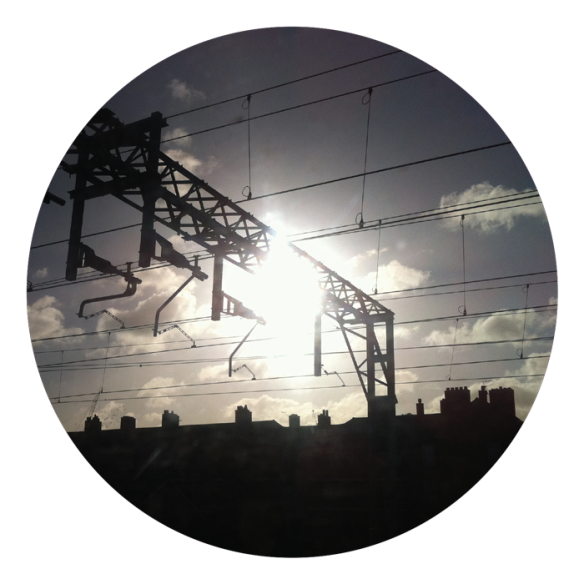