About 6 months ago, I posted a blog on the current state of banking and financial services. It was published before the proceedings at the Royal Commission got underway, and since then we have heard a litany of complaints of malpractice and other inappropriate behaviour by some of our major financial institutions. We have also seen the publication of the Prudential Report into the CBA, commissioned by APRA. But despite the horror stories, is anyone really surprised by either of these findings? 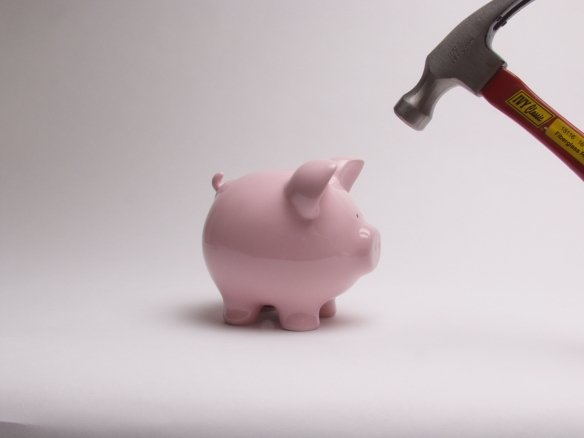 Some have suggested that our banking culture is largely to blame – but to me, that is somewhat simplistic, since I don’t think that the culture within our banks is so very different to that of other large companies or statutory corporations. (But I will explore this topic in a future blog.)

We have a love-hate relationship with our financial institutions, especially the 4-pillar banks. The latter have continued to be regarded as some of the most stable, profitable and prudent banks in the world – they are probably among the top 30 banks globally based on their credit ratings. Moreover, during the GFC, it was largely agreed that, despite their participation in complex financial products such as mortgage-backed securities, collateralized debt obligations and credit-default swaps, the big 4 banks helped to prevent a total meltdown in the local capital markets because they had reasonably strong balance sheets, and they worked closely with the RBA to avert the full effects of the GFC.

In fact, so enamoured are we of our banks that, despite the Royal Commission, the banks will not face significant regulatory reforms. One economist at a major fund manager I spoke to suggested that even an in-coming Labor Government would have to confine itself to some sort of bank tax. Anything that would undermine the 4-pillar policy (such as increased competition, rationalisation or foreign ownership) would likely be seen as unacceptable in the current political environment. In addition, since the financial sector makes up such a significant part of the market capitalization of the Australian stock market, most voters hold shares in the banks, either as direct or discretionary investments, or through their superannuation fund. Impacting the financial performance of the banks will have a knock-on effect for customers and shareholders alike.

Despite the relative strength of Australia’s financial services regulatory regime, it’s clear that part of the blame for the current malaise lies with the regulators themselves. None of the transgressions complained of at the Royal Commission or uncovered by APRA’s report on CBA suggest that new regulation is needed (unless we are talking about structural reforms…) In the wake of the GFC, and in line with global banking standards, banks have had to adjust the levels of risk-weighted capital they hold, and meet more onerous compliance costs – as well as rein in riskier lending practices. Yet, it feels like the regulators have not been as vigilant or as pro-active as they might have been – or there is such a “checklist” mentality towards compliance and risk management that banks and their regulators have lost sight of the substance of the law, not just the form.

Having read the APRA report on the CBA, there are a number of issues which need to be addressed, as I suspect that they are replicated (in whole or in part) among the other major banks:

“…too many handoffs between silos and layers, with accountability often not clear enough and agreements hard to reach…”

Despite the strength of the 4-pillar banks and the market share they command, they face disruption and disintermediation from digital platforms, Blockchain technology, decentralized applications, P2P solutions and challenger brands. In fact, banks will increasingly become the digital custodians of our financial data – we will end up paying them to manage our data (rather than simply charging us transaction fees). Banks will also need to restructure their products and services around our personal financial needs and obligations according to our stage of life and other circumstances (rather than simply selling us products), along the lines of:

That way, banks will also have a much better “whole of client” view of their customers, rather than the current product bias.

1 thought on “Banks under the spotlight (again)”